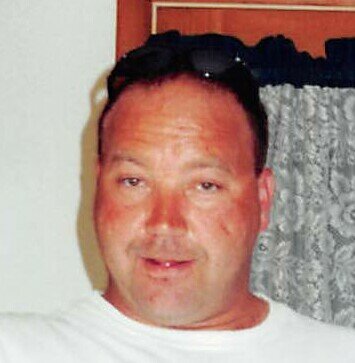 Please share a memory of Michael to include in a keepsake book for family and friends.
View Tribute Book

Michael W. Spenard, age 56, of Brunswick died suddenly in his sleep at home. He was born on March 17, 1966 in Troy. He was the son of the late Ellen Jones Spenard and Jeffrey Spenard Sr. He was the brother of Jeffrey Spenard Jr., Thomas Spenard (Karol), Ellen Heller Spenard (Michael), and the late William Spenard. He was the father of Michael Spenard Cloutier and Jenna Spenard, and uncle to Tyler and Justin Spenard.  He is also survived by several aunts, uncles and cousins.

He attended the Troy School District and was currently working as a self-employed contractor.

His passion was spending time with friends and family and enjoyed life as it came.  He is survived by many close friends, too many to mention, and will be missed by all that knew him.

Family and friends are invited and may call on Monday, January 23, 2023, from 4:00pm-6:00pm at the W.J. Lyons Jr. Funeral Home, 1700 Washington Avenue, Rensselaer. A funeral service will be held on Tuesday, January 24th at 10:00am at the funeral home.  Interment will follow at Elmwood Hill Cemetery in Troy.

To send flowers to the family or plant a tree in memory of Michael Spenard, please visit Tribute Store
Monday
23
January

Look inside to read what others have shared
Family and friends are coming together online to create a special keepsake. Every memory left on the online obituary will be automatically included in this book.
View Tribute Book
Share Your Memory of
Michael
Upload Your Memory View All Memories
Be the first to upload a memory!
Share A Memory
Send Flowers
Plant a Tree