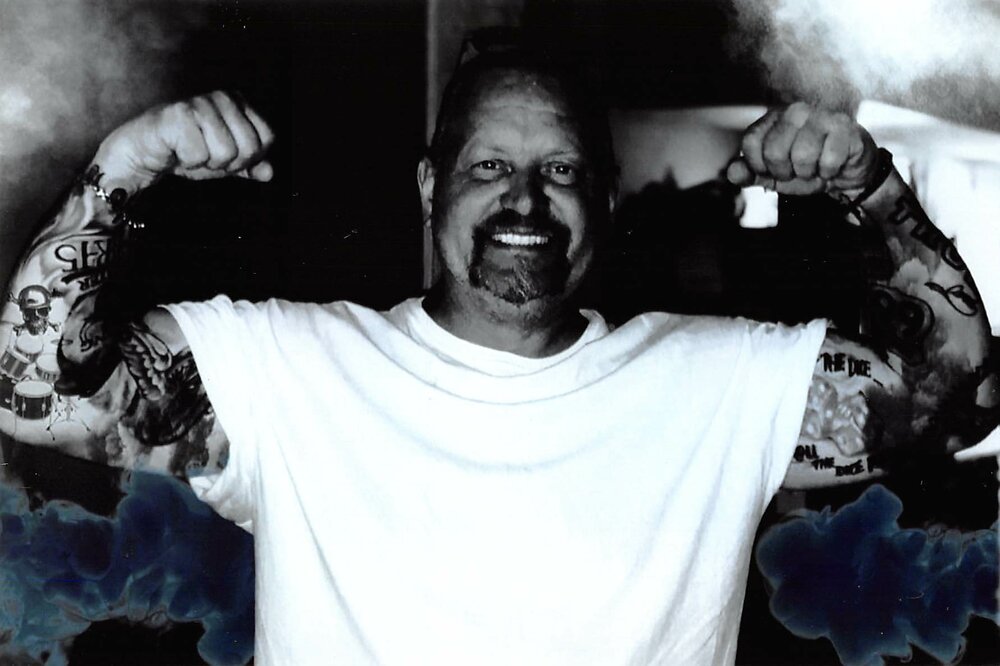 Please share a memory of Daniel to include in a keepsake book for family and friends.
View Tribute Book

In Dan’s younger years, he was the produce manager for both Price Chopper, and Hannaford Supermarkets, until he discovered his love of carpentry and remodeling.  He was an exceptional independent contractor and started “Dan's Home Services” more than twenty years ago.  Known for his attention to detail and pure honesty, his customers appreciated him and kept his schedule full.  In his spare time, you would likely find him riding his motorcycle, lifting weights, or working in his yard with his beloved dog, Diesel.

Dan was a very social man, always out meeting new people and making new friends wherever he went.  His energy and smile filled and lit up the room.  To know him was to love him.

Nothing was more important to Dan than his family.  Every extra moment he had was spent with the people he loved.  His favorite times of the day were in the quiet and peaceful morning, drinking coffee with Bernadette, and his first beer after a hard days work in the backyard.

Survivors include his soulmate, best friend and wife, Bernadette, who he spent the last 28 years with.  His adored children, Sara (Dave) Bub of Mechanicville, Charlie (Jessica) Albright of Mechanicville, Daniel J. Albright Jr. of Rensselaer, and Brandon A. (Brezney) Albright of Rensselaer; grandchildren, Julia and David Bub Jr., Caleb, Lucas, Asher, and Conor Albright, and beloved “Papa” to Jaxon. He is also survived by his sister, Patty (Ron) Bess; brothers, Bill (Justine) Pratt, Dennis Albright, David Harrington, Norman Albright, and the late Raymond Carpentier. Son in law of, Jackie Morgan; brother-in-law of William Morgan of Rensselaer and Ricky Morgan of Schenectady, and the late Mary Morgan. Also survived by his longtime friend and godfather to his sons, Daniel and Brandon, Robert Kirchofer, aka “Uncle Bob and many nieces and nephews.

Dan lived his life to the fullest and lived every day like it was his last!

Relatives and friends are invited and may call at the W.J. Lyons Jr. Funeral Home, 1700 Washington Avenue, Rensselaer, on Friday, Sept. 30th from 4:00 - 7:00PM. Funeral service will be held at the funeral home on Saturday, October 1, 2022 at 9:30 AM, followed by interment in Holy Sepulchre Cemetery, East Greenbush.

In lieu of flowers, contributions may be made to the Mohawk Humane Society.

To send flowers to the family or plant a tree in memory of Daniel Albright, please visit Tribute Store
Friday
30
September

Look inside to read what others have shared
Family and friends are coming together online to create a special keepsake. Every memory left on the online obituary will be automatically included in this book.
View Tribute Book
Share Your Memory of
Daniel
Upload Your Memory View All Memories
Be the first to upload a memory!
Share A Memory
Send Flowers
Plant a Tree