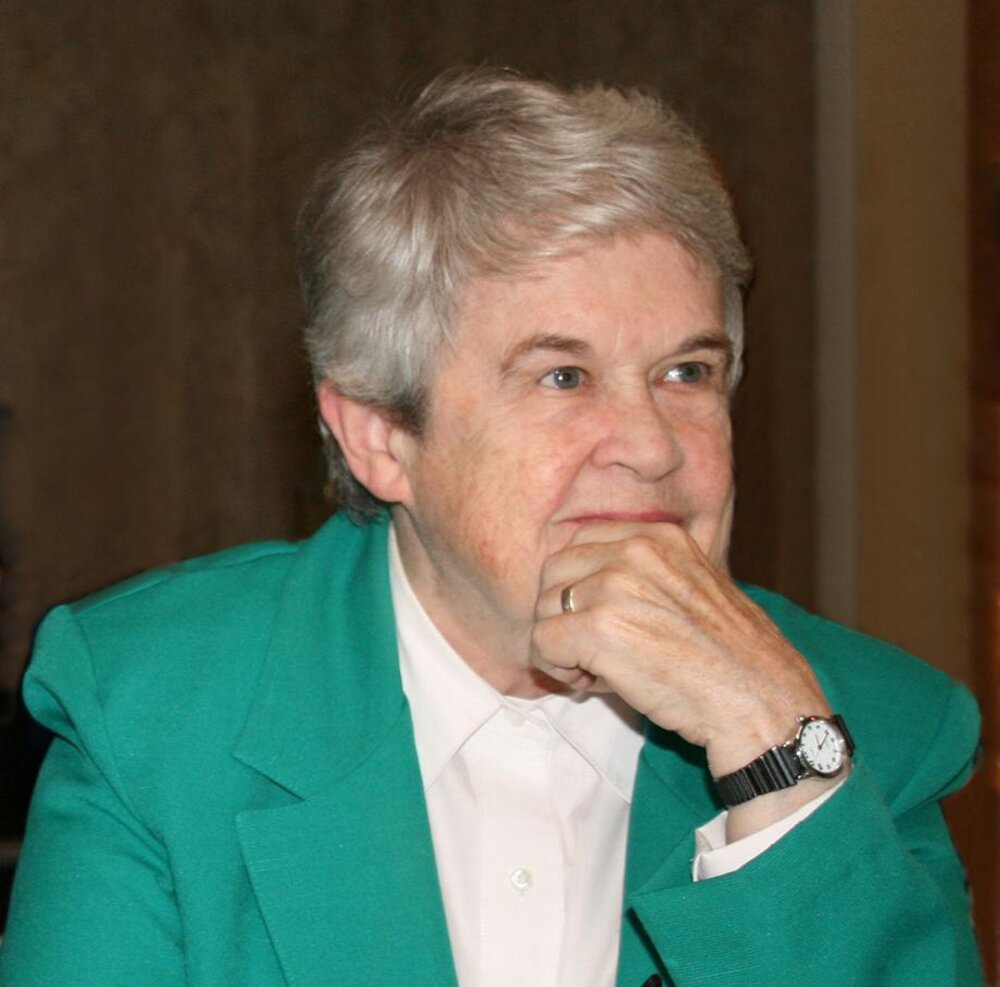 Please share a memory of Sr. Marilyn to include in a keepsake book for family and friends.
View Tribute Book

Albany-Murray RSM, Sister Marilyn Kay (formerly Sister Mary Terrence) died Sunday, September 18, at the Motherhouse of the Sisters of Mercy, Albany.  She had been a Sister of Mercy for 67 years.  Marilyn was born in Little Falls, New York, the daughter of the late Edward J. Murray and Gertrude Snedeker Murray.  She earned bachelor’s and master’s degrees from the College of Saint Rose, Albany, and pursued graduate studies in educational administration at SUNY, Albany.  Sister Marilyn taught at schools in the Albany Diocese, including St. Mary’s, Oneonta; Our Lady of Victory, Troy; St. Mary’s, Gloversville; and St. John the Baptist, Schenectady. She was a beloved principal at St. Joseph’s School, Rensselaer; and Mercy High School, Albany.  Students loved her; in addition to her ability to present subject matter, she was fun and she was fair.

Sister Marilyn was extremely organized and superbly suited for administrative positions.  Over the years, she shared that expertise as Pastoral Administrator at Our Lady of Mercy Parish, Albany; a member of the Leadership Team of the Albany Sisters of Mercy; Director of Human Resources for the Albany Diocese; and Manager of Facilities for the Albany Sisters of Mercy.  She was a welcome addition to the Boards of McAuley Living Services, Mercycare and Maria College.  Marilyn was open in her interactions with others.  She had strong opinions, but she was comfortable engaging in dialog with persons whose views differed from hers.  After offering her input, she listened attentively to other points of view and was flexible enough to change her position as appropriate.  Direct in her communication, she never used 25 words when 15 would suffice.  Marilyn’s sense of humor was legendary, at times subtle, at other times not so subtle.  While she could easily lead a group to laughter, she could laugh at herself as well.  An avid birder, she kept the feeders full for her feathered friends and delighted in observing them.

Moved by a strong sense of justice and fairness, Sister Marilyn lived her deep personal commitment to the working poor in a spirit of service.

Sister Marilyn was predeceased by her parents.  She is survived by her sister, Gail Arkin (Joel), of Chappaqua, NY; her brother Edward (Kathy) of Ilion, NY; her nephew Christopher Arkin, and nieces Melissa Arkin, Michelle Wiles (Sean), and Melinda (Abba Sibibe); four grandnieces and grandnephews; as well as by her religious community, the Sisters of Mercy and Mercy Associates.

Relatives and friends are invited to attend Sister Marilyn’s funeral services in the chapel of the Convent of Mercy, 634 New Scotland Avenue, Albany.  The reception of the body will be at 4 p.m. Wednesday, September 21, followed by a wake.  At 7 p.m. there will be a Service of Remembrance.  The Liturgy of Christian Death and Burial will be celebrated at 10 a.m. Thursday, September 22.  Masks must be worn.  Burial will follow in Holy Sepulchre Cemetery, East Greenbush.  Contributions may be made in Sister Marilyn’s memory to the Sisters of Mercy, 634 New Scotland Avenue, Albany, New York 12208.

A Memorial Tree was planted for Sr. Marilyn
We are deeply sorry for your loss ~ the staff at W.J. Lyons Jr. Funeral Home, Inc.
Join in honoring their life - plant a memorial tree
Online Memory & Photo Sharing Event
Online Event
About this Event

Look inside to read what others have shared
Family and friends are coming together online to create a special keepsake. Every memory left on the online obituary will be automatically included in this book.
View Tribute Book
Share Your Memory of
Sr. Marilyn
Upload Your Memory View All Memories
Be the first to upload a memory!
Share A Memory
Plant a Tree