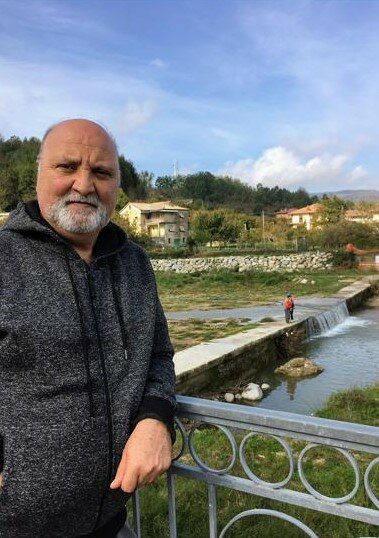 Please share a memory of Biagino to include in a keepsake book for family and friends.
View Tribute Book

East Greenbush- Biagino Mascolo known to many as “Gigi,” 64, passed away Sunday, September 11, 2022, with his son Jonathan by his side and he was surrounded by family who comforted him in his final days. Biagino was born in Morhange, France, and immigrated to the United States in 1973 where he resided in East Greenbush.  He worked at Armory Garage for 40 years where he enjoyed brightening the day of his customers and colleagues.  He cherished his wife, children, and grandchildren more than anything.  He loved the outdoors and was a huge soccer fan.  He woke up every day with a positive attitude which he radiated onto others.

Biagino is survived by his beloved wife, Rosetta (Mamone) Mascolo, his children: Lisa (Gregory) Donato, Benjamin (Katelyn) Mascolo, and Jonathan Mascolo; his 4 grandchildren who will forever miss their “Nonno;” his siblings Miranda (Jean) Routoulp, Tony (Linda) Mascolo, Ugo (Dolores) Mascolo; along with many loving nieces and nephews.  He is predeceased by his parents Antonio and Elisabetta (Marra) Mascolo.

The family wishes to extend a huge heartfelt "thank you" to those who have provided their support, especially those who organized a fundraiser in his name in 2013.  They would also like to thank the medical staff at New York Oncology Hematology – Albany for the care they provided.

The funeral Mass will be Friday, September 16th, at 10:00 a.m. at Saint Michael the Archangel Church, 175 Williams Rd, Troy. Interment will follow in the Holy Sepulchre Cemetery in East Greenbush. Relatives and friends are invited and may call at W.J. Lyons Jr. Funeral Home, 1700 Washington Avenue, Rensselaer, on Thursday, September 15, from 5:00-7:00pm. In lieu of flowers, contributions may be made to the American Cancer Society or the National Kidney Foundation.

To send flowers to the family or plant a tree in memory of Biagino Mascolo, please visit Tribute Store
Thursday
15
September

Look inside to read what others have shared
Family and friends are coming together online to create a special keepsake. Every memory left on the online obituary will be automatically included in this book.
View Tribute Book
Share Your Memory of
Biagino
Upload Your Memory View All Memories
Be the first to upload a memory!
Share A Memory
Send Flowers
Plant a Tree