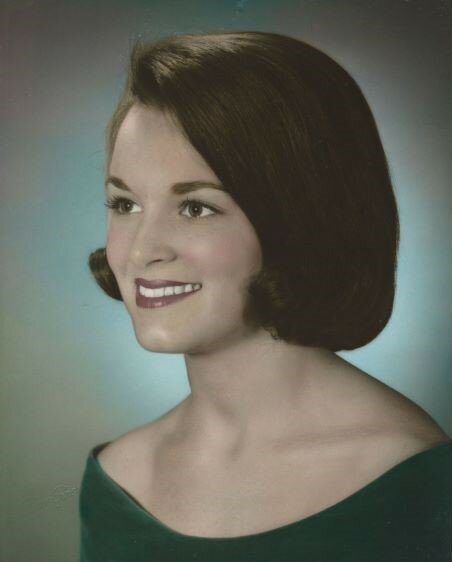 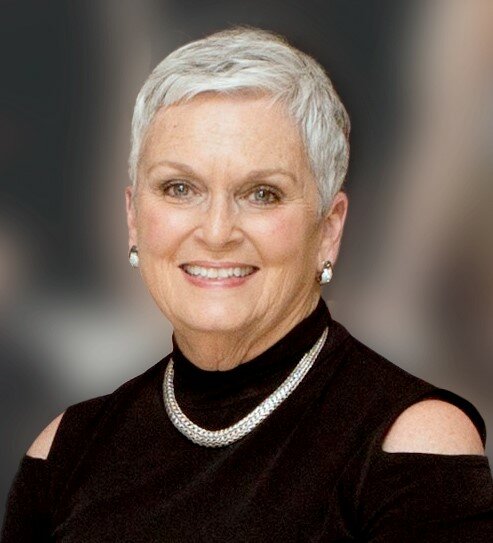 Please share a memory of Christine to include in a keepsake book for family and friends.
View Tribute Book

North Greenbush- Christine M. Kelly Powers, 75, of North Greenbush, reached the end of her remarkable life on August 25, 2022. Chris sustained severe brain injuries when she fell at the end of July and could not recover.

Born in Ogdensburg, NY, on April 26, 1947, she was the first of six children of Everett J. "Jim" Kelly and Mable Marion (nee: Gilson) Kelly. She lived on the Kelly Farm in DeKalb, NY, until her parents moved to Rotterdam in 1950. In 1959, her family moved to Montclair Drive in Glenville.

Chris graduated from Burnt Hills – Ballston Lake High School in 1965, where she was named the "Friendliest" girl in her class and was elected Student Council President for District #4. Upon graduation, she attended SUNY Oneonta, where she met her first husband, Bryon Diel. She raised her three daughters in Niskayuna, where she was an active volunteer in the community.

While in high school and college, Chris worked at Veeder and Yelverton Pharmacy in Burnt Hills. While raising her family, she worked for pharmacies, banks, and even an orthodontist. She retired from Xerox Corporation in Rochester, New York, where she was the executive assistant to the Small Office/Home Office Group President.

Following her first marriage, Chris returned home to this area and rekindled a life-long relationship with Albany attorney John K. Powers. Chris and John had known each other since they were 12 years old. They were classmates in high school and had remained close friends throughout their adult years. They soon married and, with the strong support of their five beautiful daughters, created a blended family filled with love, warmth, and lots of laughter. Soon, her 13 grandchildren became the center of her universe. She rarely missed an opportunity to attend a grandparent's day, play, concert, swimming and diving meet, basketball game, baseball game, football game, soccer match, track meet, or lacrosse tournament. She was the quintessential grandmother. Random children would frequently come up to her in school hallways and airports to give her hugs.

Chris had a beautiful voice and loved to sing. In high school, Chris was the vocalist for The Cavaliers. Chris and the group performed throughout the Capital District. The July 1963 edition of Seventeen magazine contained a feature article about the "Exciting teen band from Scotia, New York." The band reunited in 2009 to perform one last show for the 45th reunion of the BH-BL class of 1964. Music remained a source of joy to Chris throughout her life. Upon her marriage to John, she changed the ringtone on her iPhone to "At Last" by Etta James.

A champion of civil justice, Chris was twice elected national President of the American Association for Justice Auxiliary. She dedicated herself to providing scholarships to deserving law students and planning convention-related events for trial lawyers and their families throughout the United States and Canada. She also spent decades volunteering for the American Heart Association.

An avid golfer, Chris played in and often captained golf leagues at Mill Road, Fairways, Stadium, Western Turnpike, and Schenectady Muni. She enjoyed competing in tournaments in New York and Vermont. In addition to playing golf, Chris was elected to the Executive Women's Golf Association's regional board and served as Membership Services Director. Chris was also elected to the LPGA Amateur Golf Association board, where she served as Membership Director.

Chris loved to travel, meet new people and explore the world. In addition to trips to 40 states, her journeys took her to Zimbabwe, South Africa, Cuba, France, Italy, Ireland, Monaco, Aruba, Mustique, Canada, the Cayman Islands, the Bahamas, Bermuda, the Virgin Islands, and Barbados. Her favorite memories were of the weeks spent with John and their children and grandchildren when they rented villas in Playa del Secreto, Mexico, the Dominican Republic, and Jamaica for grand family vacations and adventures.

She was predeceased by her parents, her brother Patrick J. Kelly, her Bernese Mountain dogs (Eli and Hannah), and her Chesapeake Bay retriever (Sam).

In addition to her husband, she is survived by her siblings: David G. Kelly (Kathleen) of Hilton Head, SC,  Michelle A. Osswald (Scott) of Glenville, Colleen J. Estes of Scotia, and Shaun E. Kelly (Lisa) of Sudbury, MA. Her daughters and stepdaughters also survive her: Kelly Wolford of Webster, Michelle Edwards (Ashley) of Niskayuna, Hon. Laura Jordan (Patrick) of Castleton-on Hudson, Erin Trimyer of Chesapeake, VA, and Megan Johnson (Chris O'Leary) of Virginia Beach, VA. She is also survived by her loving grandchildren: Christine, Thomas, and Shaun Wolford of Webster; Emma and Will Edwards of Niskayuna; Finn and Teagan Jordan of Castleton-on-Hudson; Hannah, Avery, and Claire Trimyer of Chesapeake, VA; Ryley and Liam Johnson and Jackson O'Leary of Virginia Beach, VA.

Chris will be remembered as a "bright shining light" who was "beautiful inside and out." Her daughters will tell you how lucky they were to have her as their mom. Her grandchildren insist she was "the best Grandma ever."

In lieu of flowers, donations may be made to the Woodland Hill Montessori School Fund, 100 Montessori Place, Rensselaer, New York 12144.

A Memorial Tree was planted for Christine
We are deeply sorry for your loss ~ the staff at W.J. Lyons Jr. Funeral Home, Inc.
Join in honoring their life - plant a memorial tree
Online Memory & Photo Sharing Event
Online Event
About this Event

Look inside to read what others have shared
Family and friends are coming together online to create a special keepsake. Every memory left on the online obituary will be automatically included in this book.
View Tribute Book
Share Your Memory of
Christine
Upload Your Memory View All Memories
Be the first to upload a memory!
Share A Memory
Plant a Tree