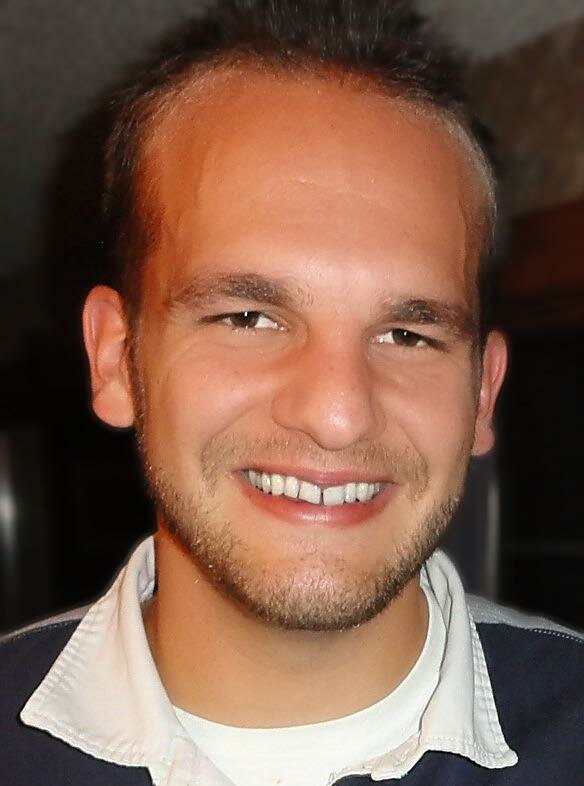 Please share a memory of James to include in a keepsake book for family and friends.
View Tribute Book

It is with great sadness that we announce the passing of James Wisnewski, beloved son, grandson, brother, cousin, and friend, on Saturday July 2. Born November 6, 1985 in Rochester New York, Jim was the son of Warren A. Wisnewski and Bonnie Bailey Wisnewski.

He was a graduate of Shanghai American School in Shanghai China and received his bachelor’s degree in international business from The University of Puget Sound in Tacoma Washington. After growing up in Rochester, Sao Jose dos Campos Brazil, Pittsford New York, Hong Kong and Shanghai China, Jim lived in Brooklyn New York, North Hollywood California and Averill Park New York.

During his brief career he was a lead member of the startup team for a novel live music and dance club in Shanghai and an Account Executive at Red Moon Marketing LLC of Charlotte North Carolina.

Jim was an avid traveler, writer, runner and hiker who brought joy and laughter to everyone he met.  An accomplished scuba diver with a particular interest in ship wrecks, Jim logged considerable hours underwater at some of the world’s foremost dive sites.  He made multiple trips to explore the legendary wall dives in Palau and the World War II era ship wrecks of Truk Lagoon.  In October 2012 he joined an expedition of just 13 divers to explore the wrecks of Bikini Atoll in the Marshall Islands.  Bikini is one of the most isolated places on the planet, and you can read more about his 2012 expedition here: www.scubadoctor.com.au/article-diving-the-nuclear-fleet-at-bikini-atoll.htm

Jim is survived by his mother and father, his sister Leslie Wisnewski, and by 24 aunts and uncles, 28 cousins and friends across the world who he all loved dearly.

In lieu of flowers, the family requests donations to The National Alliance on Mental Illness (www.nami.org) and American Foundation for Suicide Prevention (www.afsp.org).

To send flowers to the family or plant a tree in memory of James Wisnewski, please visit Tribute Store
Saturday
9
July

Look inside to read what others have shared
Family and friends are coming together online to create a special keepsake. Every memory left on the online obituary will be automatically included in this book.
View Tribute Book
Share Your Memory of
James
Upload Your Memory View All Memories
Be the first to upload a memory!
Share A Memory
Send Flowers
Plant a Tree