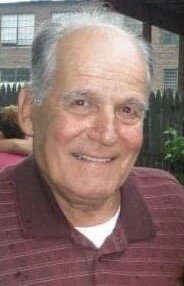 East Greenbush- Richard F. George, Sr., 77, of East Greenbush passed away peacefully at home on Saturday, May 7, 2022.  Richard was born in Albany and was the son of the late James L. and Mary Bevlaqua George.  In his younger years, Rich loved horses and would participate in many horse shows.  He also enjoyed playing golf, but his biggest joy was taking his sons and grandsons hunting and fishing.  He was an avid outdoorsman and spent many summers camping on Saratoga Lake. Rich was a retired mason, working at various locations throughout the capital district.

Funeral from the W.J. Lyons Jr. Funeral Home 1700 Washington Avenue Rensselaer Friday morning at 10AM.  All are welcome to attend.  Relatives and friends are invited and may call to the funeral home Thursday, May 12th from 4-7PM.  Interment will be in Holy Sepulchre Cemetery, East Greenbush.

To send flowers to the family or plant a tree in memory of Richard George, Sr., please visit Tribute Store
Thursday
12
May