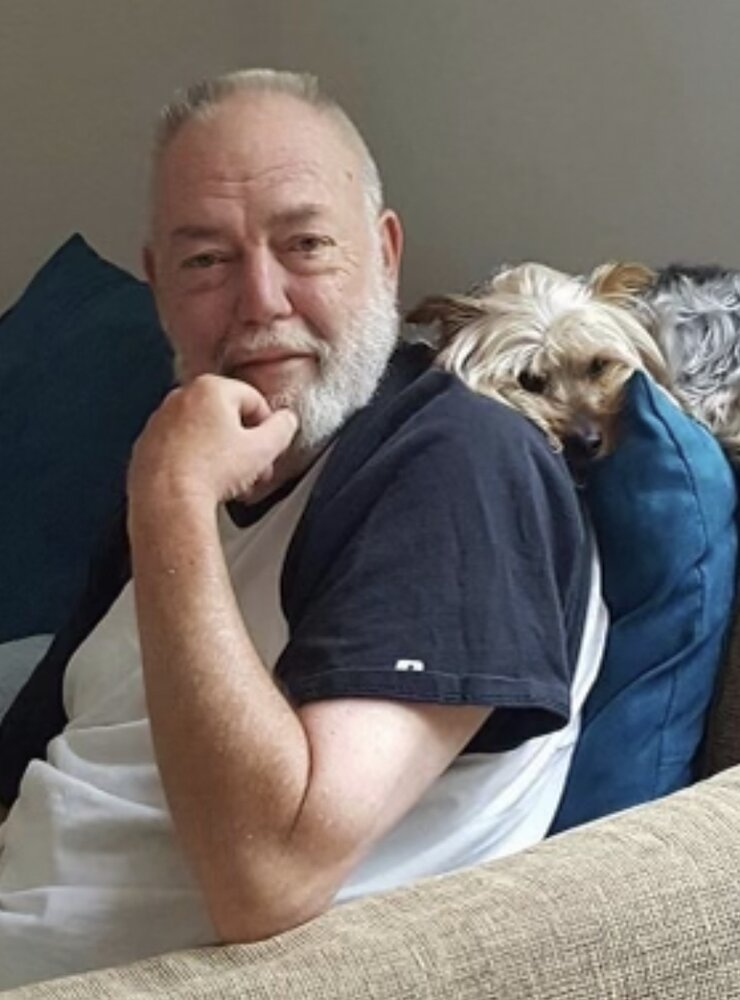 Please share a memory of Daniel to include in a keepsake book for family and friends.
View Tribute Book

EAST GREENBUSH- Daniel McDonald "Lefty", 70 of East Greenbush, entered eternal life peacefully at home on January 27, 2022.  Born in Troy, he was the son of the late Daniel J. McDonald, Sr. and Helene (Norton) McDonald.  Danny graduated from LaSalle Institute in 1969 and attended Hudson Valley Community College. He worked at Albany (Felt) International for 38 years in both Menands and East Greenbush and was the President of the United Textile Union.  He retired from the College of Nanoscale Science and Engineering at SUNY Polytechnic Institute.  He met the love of his life Patricia McDonald and were married in 1980 in Saratoga, New York.  They enjoyed their travels to Las Vegas and loved camping in the Adirondacks at Hidden Pond Campground.  Danny  played softball in his younger years and was an avid bowler.  He loved playing golf and was the happiest when he was riding his motorcycles, especially his '76 Harley Davidson.  His smile and constant sarcasm made him the man that so many loved.

A special thanks to one of our dad's best friends, John Keefe, for being there with my dad over the past years taking him to do the things that our dad loved. Golfing with his buddies and going to the casino.

A wake will be held on Monday, January 31, 2022 from 9-11 a.m. at W.J. Lyons, Jr.  Funeral Home, Rensselaer, NY with a service immediately following at 11AM.  In lieu of flowers, we are asking donations to be made to the Mohawk Humane Society in memory of their dog Cloee.

To send flowers to the family or plant a tree in memory of Daniel McDonald, please visit Tribute Store
Monday
31
January

Look inside to read what others have shared
Family and friends are coming together online to create a special keepsake. Every memory left on the online obituary will be automatically included in this book.
View Tribute Book
Share Your Memory of
Daniel
Upload Your Memory View All Memories
Be the first to upload a memory!
Share A Memory
Send Flowers
Plant a Tree