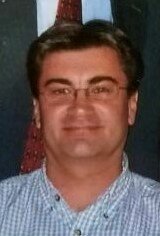 Please share a memory of Raymond to include in a keepsake book for family and friends.
View Tribute Book

Albany- Raymond J. Mooney age 58, passed away Wednesday, January 5, 2022 at home.  He was born January 3, 1964 in Albany and was the son of the late Raymond J. and Mary (Kolb) Mooney.  Ray attended CBA and graduated from Vincentian Institute of Albany. He also attended HVCC and graduated in 1986.  Raymond worked for Plug Power in Latham. He is survived by his aunts and uncles; Joseph, and Edward Mooney both of Albany, Margaret “Peggy” Comard of Latham, John J. Kolb of Rensselaer, and William Kolb of Latham. Predeceased by his aunt Shirley Van Wie. Ray is also survived by several cousins.

Funeral mass of Christian Burial for Raymond will be held at St. John the Evangelist and St. Joseph's Church, Herrick Street Rensselaer, on Friday, January 14, 2022 at 11:00 AM. Relatives and friends are invited and may call an hour prior to the mass at the church beginning at 10AM. Inurnment will be at Holy Sepulchre Cemetery in East Greenbush following the mass.

To send flowers to the family or plant a tree in memory of Raymond Mooney, please visit Tribute Store
Friday
14
January

Look inside to read what others have shared
Family and friends are coming together online to create a special keepsake. Every memory left on the online obituary will be automatically included in this book.
View Tribute Book
Share Your Memory of
Raymond
Upload Your Memory View All Memories
Be the first to upload a memory!
Share A Memory
Send Flowers
Plant a Tree