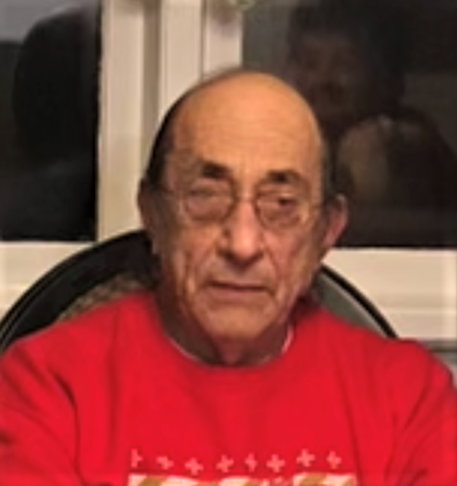 Please share a memory of Thomas to include in a keepsake book for family and friends.
View Tribute Book

ALBANY - Thomas Donald “Tom” DeJulio passed away on December 29, 2021.  A pillar of the Southern Rensselaer County social, political and athletic community. Tom leaves behind a huge footprint of service and friendships that can never be filled; as well as an endearing love for his family and friends who were the most important things in his life.

Tom was born May 31, 1944 in Albany, NY, the son of the late August J. and Angeline (Panfili) DeJiulio.  A 1962 graduate of St. John’s Academy in Rensselaer, Tom was a two sport Hilltopper playing basketball and baseball.  Tom also attended Napa Valley Junior College in Taylor, California while serving in the United States Airforce from 1962-1966.  Coming home to the Capital Region, Tom married the love of his life Marilyn Anne Charland in 1965, then settled down in Rensselaer to begin his career and raise a family.

Tom worked as a surveyor and engineer for Malcolm Pirnie Inc. and Robert Scarano Engineers from 1965-1979 before being appointed as East Greenbush Commissioner of Public Works, serving from 1979-1994.  As Commissioner, Tom initiated many of the water, sewer and highway improvements as well as upgrading DPW equipment and services that residents enjoy to this day. Tom then served as Rensselaer County Highway Superintendent from 1994-2008, utilizing the same common-sense practices and progressive infrastructure thinking that he utilized in East Greenbush to benefit Rensselaer County residents.

Relatives and friends are invited to visit with Tom’s family on Wednesday, January 5, 2021 from 9:00AM-11:00AM at St. John the Evangelist and St. Joseph’s Church, 53 Herrick Street Rensselaer. The funeral mass will be celebrated immediately after calling hours at the church. Inurnment will follow in Holy Sepulchre Cemetery, East Greenbush at the convenience of the family.  In lieu of flowers, memorial contribution may be made to a variety of Rensselaer Lodge of Elks charitable programs listed on the Rensselaer Lodge of Elks #2073 Facebook page.

To send flowers to the family or plant a tree in memory of Thomas DeJulio, please visit Tribute Store
Wednesday
5
January

Look inside to read what others have shared
Family and friends are coming together online to create a special keepsake. Every memory left on the online obituary will be automatically included in this book.
View Tribute Book
Share Your Memory of
Thomas
Upload Your Memory View All Memories
Be the first to upload a memory!
Share A Memory
Send Flowers
Plant a Tree