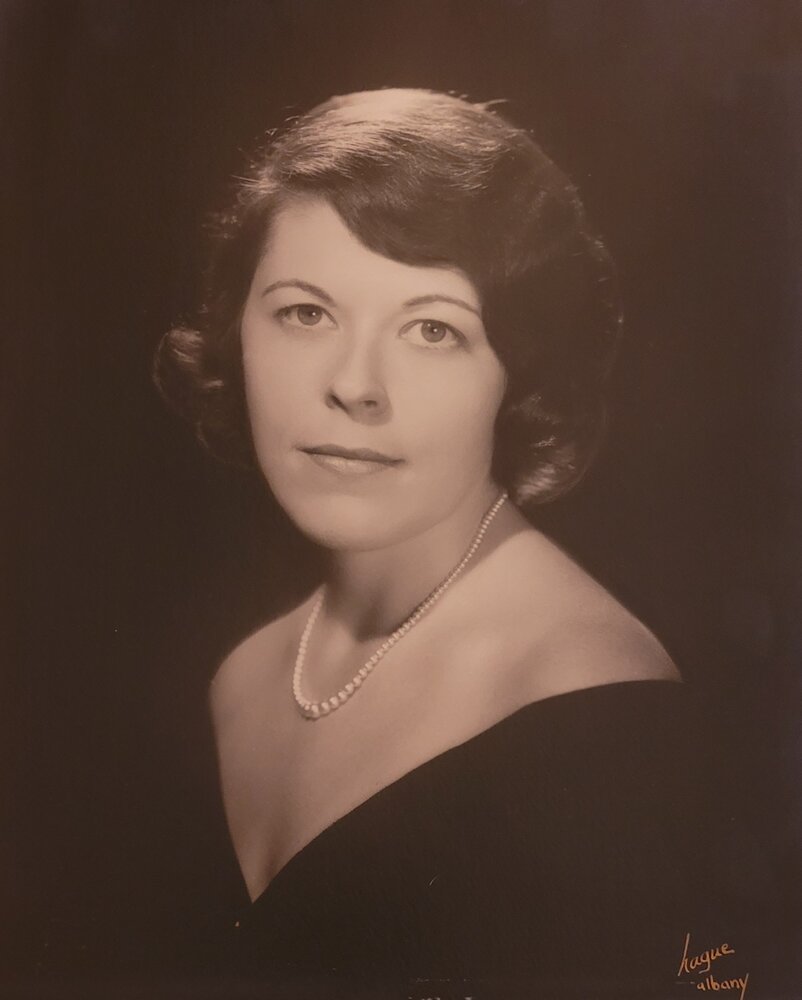 Please share a memory of Mary to include in a keepsake book for family and friends.
View Tribute Book

Mary was born in Albany, New York and raised at the Phelan family residence at 371 N. Broadway, Rensselaer. She attended elementary school at St. John’s Academy and graduated from Academy of Holy Names High School in 1957. She then attended Marywood College in Scranton, Pennsylvania and graduated with a Bachelor of Science in Home Economics in 1961. She taught Home Economics for Rensselaer City Schools until 1965, when she married Capt. Robert L. Chapman Jr., United States Air Force.

The Air Force took them to Bossier City, LA; Fairbanks, AK; Washington D.C.; and finally, Bellevue, NE, where Robert retired from the Air Force as a Commander at Strategic Air Command in 1980. As the wife of a retired Air Force Officer, she took an active role in many club activities including writing for several monthly publications and chairing Wive’s Club functions. She volunteered with Family Services--a military family organization, and taught classes in the United States Citizenship Preparation program.

As a mother, she worked with Boy Scouts and Girl Scouts as a Coordinator of Public Relations. She was also involved in 4-H and taught Foreign Cooking and Advanced Cooking classes to children. In 1972, she became interested in international cooking and studied in various homes of Mexican, English, and German chefs. She completed an advanced cooking class with a New York City Chef. She contributed to several cookbooks, including the Officers Wives Cookbook during the Presidency of Gerald Ford. Betty Ford’s recipes are included, as well as many other notables.

In 1980, Mary was active in real estate sales and took special interest in home planning, remodeling, and finance. However, Mary found teaching the most rewarding of her careers. She enjoyed working with children. After her retirement from teaching, she began a second career with JCPenney and retired in 2001. Upon the death of her husband in 2004, Mary worked part-time at The Craft Gallery in Waco, Texas. The owner, Ralph Lee, explained recently the Gallery was run by “Mary’s Rules!” It was her way or the highway. She made them laugh without meaning to do so. Mary was also a member of the Women’s Society at St. Jerome’s Catholic Church in Waco, Texas. She served on the Board of Directors for the Gardening Club, and was involved with the JCPenney Retirees until just recently.

Funeral mass of Christian Burial for Mary will be held at St. John the Evangelist and St. Joseph's Church, Herrick Street Rensselaer, on January 3, 2022 at 9:30 AM. Relatives and friends are invited and may call at the W.J. Lyons, Jr. Funeral Home, Inc., 1700 Washington Avenue, the night before on Sunday, January 2, 2022 from 3:00PM to 5:00PM. Interment will be in Holy Sepulchre Cemetery in East Greenbush following the mass.

To send flowers to the family or plant a tree in memory of Mary Chapman, please visit Tribute Store
Sunday
2
January

Look inside to read what others have shared
Family and friends are coming together online to create a special keepsake. Every memory left on the online obituary will be automatically included in this book.
View Tribute Book
Share Your Memory of
Mary
Upload Your Memory View All Memories
Be the first to upload a memory!
Share A Memory
Send Flowers
Plant a Tree