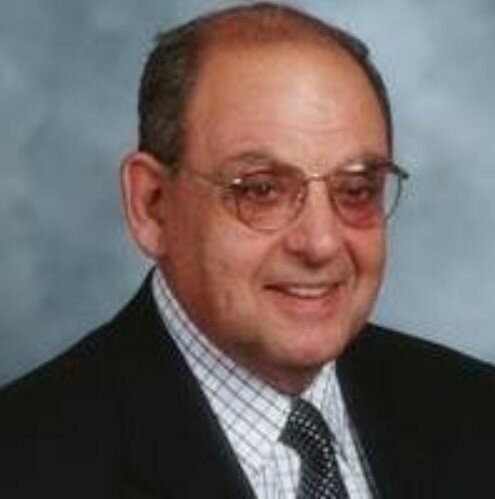 Please share a memory of Pincus to include in a keepsake book for family and friends.
View Tribute Book

Clifton Park- Pincus “Pinky” Philip Peller age 79, joined his wife Patricia in heaven on Dec. 17, 2021. He was born in Albany, was raised in Rensselaer, and has resided alongside his wife in Clifton Park since 1973. Pinky attended and graduated from Albany High School. He was determined to finish his bachelor’s degree, and as an adult went back to SUNY Albany and Russell Sage. He then obtained a master’s degree from Russell Sage. Pincus proudly served his country as a Master Chief in the US Navy from 1962 -1965 and was enlisted in the US Army Reserves for 35 years. He began his career as a life insurance salesman and then went on to work for and retired from the NYS Dept. of Labor.  P. Philip was also a recognized real estate agent for Howard Hanna in Clifton Park, having over 30 years of experience. He was a member of the Robert L. Weiniger Memorial VFW Post 8692 in Colonie, and the Fort Orange Stamp Club. He was a member of the Boy Scouts of America, Eagle Scout and was a former Scoutmaster for Troop 42 in Clifton Park, and a member of the National Eagle Scout Association.  He was also a former umpire for the Miss Shen Softball and Clifton Park little league for many years. Phil was an overachiever and was awarded many achievement awards while selling insurance and was often agent of the month during his real estate career.  He loved collecting stamps and coins, but most of all going to Saratoga Race Course or OTB.

Due to the ongoing concerns of the pandemic, the family request only fully vaccinated family and friends pay their respects Monday from 4-6 with a service immediately following at 6PM at the W.J. Lyons Jr. Funeral Home, 1700 Washington Avenue, Rensselaer. Masks will be required, and social distancing will be observed. Interment will be private at the convenience of the family in Holy Sepulchre Cemetery, East Greenbush.  Contributions in Patricia’s name may be made to Raymond A. Ranellucci, Jr. Veteran Memorial Scholarship Fund VFW Post 8692 C/O Block, Colucci, Spellman and Peller Law Firm, 2276 Saranac Avenue, Lake Placid, NY 12946.

To send flowers to the family or plant a tree in memory of Pincus Peller, please visit Tribute Store
Monday
20
December

Look inside to read what others have shared
Family and friends are coming together online to create a special keepsake. Every memory left on the online obituary will be automatically included in this book.
View Tribute Book
Share Your Memory of
Pincus
Upload Your Memory View All Memories
Be the first to upload a memory!
Share A Memory
Send Flowers
Plant a Tree