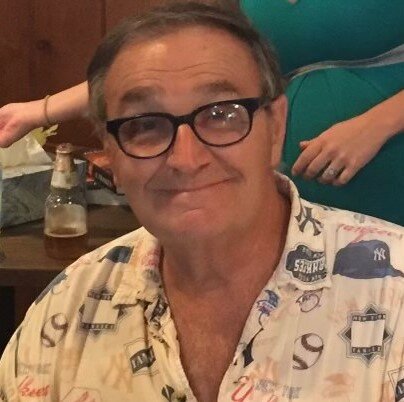 Please share a memory of Bernie to include in a keepsake book for family and friends.
View Tribute Book

Schodack- Bernard “Bernie” P. Mulligan, 76, passed away October 16, 2021. He was a lifelong resident of the Capital District and graduated as valedictorian from Van Rensselaer High School, class of 1963.

He was a 1967 graduate of Union College in Schenectady, where he was a proud and loved member of Sigma Chi Fraternity. Many high school and college friends remained very close to Bern. After college, Bern was self-employed in several successful business ventures. He then spent 30+ years as a project manager with Bennett Contracting in Albany, where he was respected and revered by the entire staff.

In his younger years Bernie was an outstanding athlete in baseball, football, basketball, and bowling; he was selected for many all-star teams throughout his playing career. Later he became an avid and talented golfer and fisherman. His true love in sports was the New York Yankees, and he probably deserves to be in their Hall of Fame as an outstanding and dedicated fan! Bern had innate kindness in his heart, and all his life helped family and friends in every way possible. He had a rare quality of soft-spoken leadership that brought out the best in those around him, first in athletics and more importantly in all of life’s challenges. Those who had the pleasure of knowing him experienced his sincere compassion and great generosity. Bern had a calming influence on everyone in times of stress or sadness. His courage in hard times inspired those around him. Our beloved Bernie is best described in five words: Kind, generous, compassionate, brave, and loving. He will always be missed.

In lieu of flowers, please consider a donation in Bernie’s memory to the Juvenile Diabetes Cure Alliance: https://thejdca.kindful.com/?campaign=1085059

To send flowers to the family or plant a tree in memory of Bernie Mulligan, please visit Tribute Store
Thursday
21
October

Look inside to read what others have shared
Family and friends are coming together online to create a special keepsake. Every memory left on the online obituary will be automatically included in this book.
View Tribute Book
Share Your Memory of
Bernie
Upload Your Memory View All Memories
Be the first to upload a memory!
Share A Memory
Send Flowers
Plant a Tree