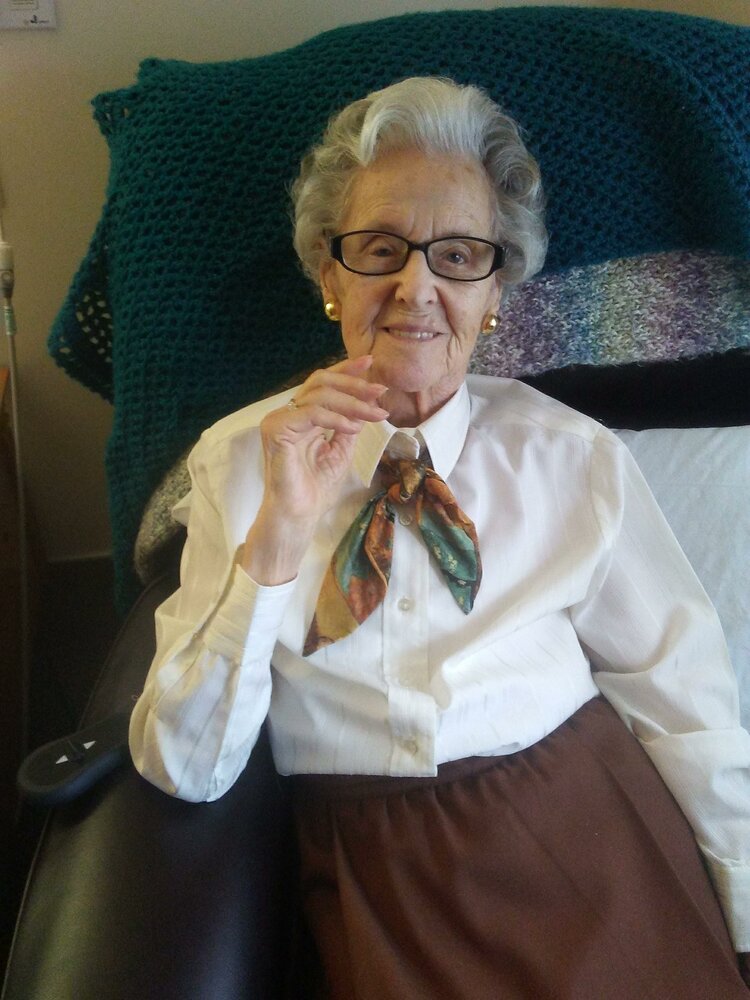 Please share a memory of Margaret to include in a keepsake book for family and friends.
View Tribute Book

Albany, NY- Margaret Mary Baum passed away on October 13, 2021, after several years of ill health. She was four months shy of her centennial birthday, which she was determined to see. Margaret Wilt was born in Johnstown, NY and attended the University of Plattsburg for a time, with dreams of becoming a fashion designer. However, she never forgot the football star from her hometown, Joseph Baum, who had captured her heart at only thirteen years old and kept a picture of him from the local newspaper in a locket. They met again and after a whirlwind wartime romance, she left university and they married in 1941. After their posting to Alamogordo, NM during the war, they settled in Rensselaer, NY.

She devoted her life to raising their five accomplished children but never lost her touch with the needle, making and mending most of their clothing and soft furnishings. She also cultivated her green thumb and loved to paint flowers, crochet, and roller skate. After her children left her cozy nest, she and Joe travelled the world, going to far-flung places such as England, the Netherlands, Canada, Germany, Austria, Hong Kong, mainland communist China, and Egypt. Her favorite trip, however, was their second honeymoon to Hawaii, which she fondly remembered for decades. After being widowed in 1995, she continued to travel, visiting family in Turkey – where she visited Ephesus on her own – Morocco, and Spain. She also climbed several of the Adirondack high peaks in her sixth decade.

To send flowers to the family or plant a tree in memory of Margaret Baum, please visit Tribute Store
Tuesday
19
October

Look inside to read what others have shared
Family and friends are coming together online to create a special keepsake. Every memory left on the online obituary will be automatically included in this book.
View Tribute Book
Share Your Memory of
Margaret
Upload Your Memory View All Memories
Be the first to upload a memory!
Share A Memory
Send Flowers
Plant a Tree