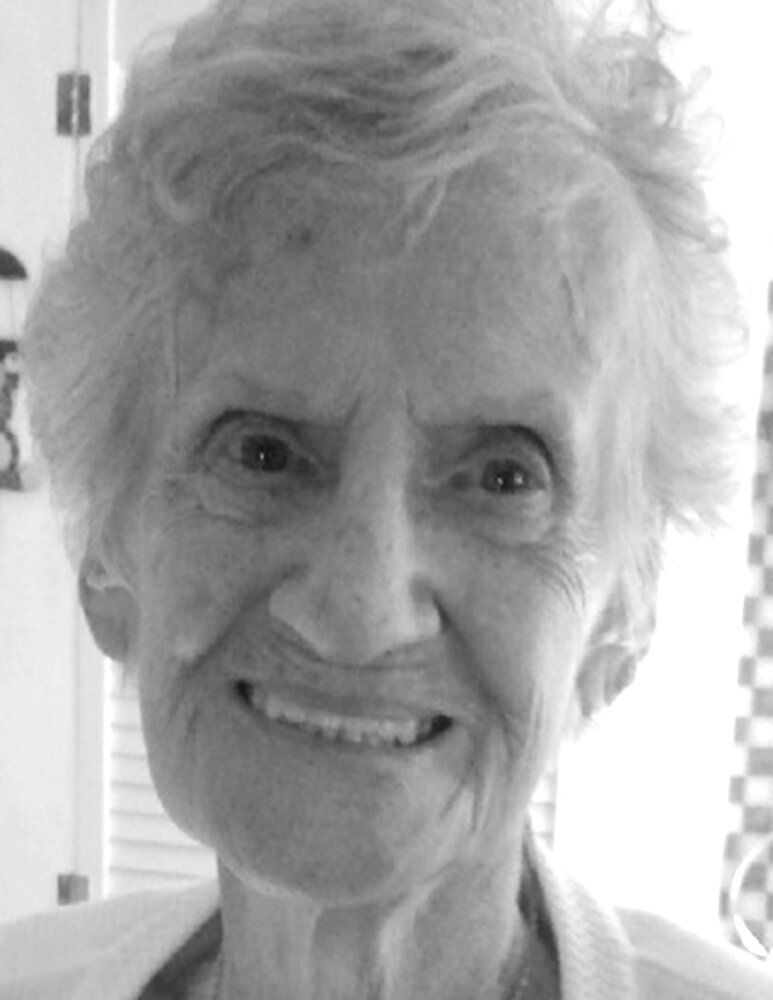 Please share a memory of Theresa to include in a keepsake book for family and friends.
View Tribute Book

Theresa K. Worden
A long time resident of Rensselaer County Theresa K. Worden died Tuesday at her West Sand Lake home after a long illness. Theresa (Triijntje) was born in Hoogezand/Sappemere, Holland on Aug. 21, 1927. In 1929 she arrived in America with her parents Jacob and Caroline Smallenbroek through Ellis Island, settling in Rensselaer. She became a Naturalized Citizen on Jan. 22, 1943.
Her husband, Howard E Worden, predeceased her in 2006. They also lived in New Port Richey, FL for several years and made many friends. She is survived by her 3 children, Jan E. Solimine and Clayton H. Worden of West Sand Lake, Gary R. Worden of Murphy, NC and his wife, Eve. Also survived by her sister, Joyce M. DuBois, her husband Al and their son and daugher-in-law, Eric and Lynn DuBois of Castleton. Her younger brother, Theodore Albertus Smallenbroek of Florida, predeceased her, he has two sons and a daughter, Danny, Robbie and Krissy. Known as Terry to her friends, she was called Tutu by her 6 grandchildren (Hawaiian for Grandmother). They are John J. Worden, his wife Sonya and Sarah J. Worden of Murphy, NC, Tiffany Worden Kuiphoff and her husband John, of Stockton, NJ, Evan Solimine of West Sand Lake, Travis Worden and his wife Amy of Wantage, NJ, and Dylan Worden of Myrtle Beach SC. She is also survived by 3 great-grand- daughters, Liberty and Sage Worden, Grace Kuiphoff, and soon to be great-grandson, Theodore Worden. Being creative all her life, she made many afghans, dolls, bears and other gifts for her kids and grandchildren. Her hobby was Antiquing and collecting, having owned an Antique Shop in Signac, NJ for several years. Cooking was her passion and she was known for her delicious pot roasts and apple pies. Proud of her Dutch heritage she returned to Holland to visit her relatives many times. Hawaii was her favorite destination and each year for 17 years, spent a couple of months on Maui. In the recent past she enjoyed the company of her senior friends going on many bus trips, especially to the casinos as well as monthly lunches with the girls. A great animal lover, her favorite charity was Best Friends in Kanab Utah. Those wishing to honor Terry’s life may make a donation in her name at www.bestfriends.org. Our family is very greatful for the help of Rensselaer County Hospice and all the wonderful people in their employ. Funeral services will be private at the convenience of the family.

To plant a beautiful memorial tree in memory of Theresa Worden, please visit our Tree Store

A Memorial Tree was planted for Theresa
We are deeply sorry for your loss ~ the staff at W.J. Lyons Jr. Funeral Home, Inc.
Join in honoring their life - plant a memorial tree
Online Memory & Photo Sharing Event
Online Event
About this Event

Look inside to read what others have shared
Family and friends are coming together online to create a special keepsake. Every memory left on the online obituary will be automatically included in this book.
View Tribute Book
Share Your Memory of
Theresa
Upload Your Memory View All Memories
Be the first to upload a memory!
Share A Memory
Plant a Tree