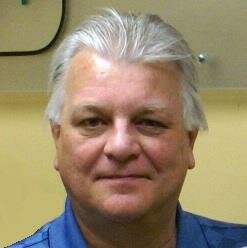 Please share a memory of Charles to include in a keepsake book for family and friends.
View Tribute Book

Albany- Chuck W. McNally age 69 yrs. Of Albany passed away on Tuesday Sept. 28, 2021 from cancer. He was born in Albany on April 13, 1952 and was son of the late William and Mary McNally. He  spent his early years in Rensselaer and for a time lived and worked in Oregon before moving back to Albany living next to his sister Karen. He had a Bachelors Degree in Architecture and started his career as a boiler maker before beginning his career as an architect. He was also a mechanical design engineer who owned his own company called Drop Dead Threads. Chuck enjoyed bowling, having recorded two 300 games, and was a member of the American Bowling Organization and also enjoyed golf, recording a hole-in-one. He was a creative talent with his bathing suits designs and was strong in his beliefs in family and his friends were his family as well. He loved his nieces and nephews as his own children.

Funeral from the W. J. Lyons Jr. Funeral Home, 1700 Washington Avenue Rensselaer, Friday evening at 7:00. All are welcomed to attend. Calling hours will be at the funeral home Friday prior to the service from 4-7 PM.

To send flowers to the family or plant a tree in memory of Charles McNally, please visit Tribute Store
Friday
1
October

Look inside to read what others have shared
Family and friends are coming together online to create a special keepsake. Every memory left on the online obituary will be automatically included in this book.
View Tribute Book
Share Your Memory of
Charles
Upload Your Memory View All Memories
Be the first to upload a memory!
Share A Memory
Send Flowers
Plant a Tree