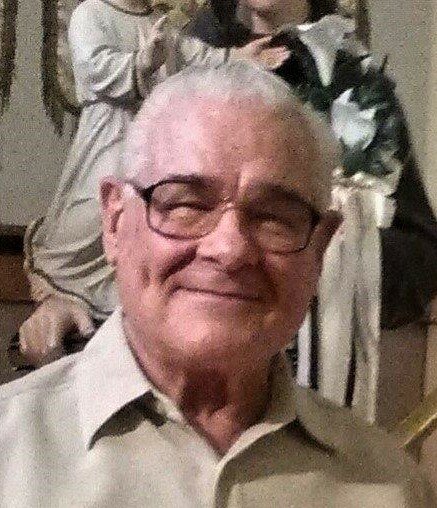 Please share a memory of Patrick to include in a keepsake book for family and friends.
View Tribute Book

Rensselaer- Patrick J. Vallee, age 87, was born in Troy, NY on March 9th, 1934 and passed away at the Albany Stratton VA Medical Center on September 7th, 2021. Patrick's early years were lived in the St. Joseph's Infant Home in Troy, NY.  Once he was school age, Patrick was moved to Mount St. John's, the orphanage lovingly tended by the Sisters of Mercy at St. John the Evangelist Church in Rensselaer, NY.  He had many fond memories of his childhood there, and always considered the Sisters to be his "family."  He was doted upon by Father Moore and Sister Rita Mary Melcher, whom he loved dearly.

Patrick attended St. John's Academy, and was a proud member of the Valiant Crusaders Drum and Bugle Choir.  Upon leaving St. John's, Patrick enrolled in the US Air Force, where he attained Staff Sergeant in less than four years, as a very young fellow of 21.  After leaving the Air Force he became the proprietor of Pat's Submarines in Hudson Falls, NY, and later, along with his wife Virginia, the owner and operator of Angelo’s Submarines in Albany, NY, for 25 years.  After they sold their business, Patrick went to work for Curtis Lumber, where he worked for two decades and from which he retired.

Patrick thoroughly enjoyed being part of civic organizations, and was very active in a number of them, holding both local and state positions in Kiwanis International, Key Club International, the Elks Club, the Knights of Columbus, and was a past Commander at the Melvin Roads VFW Post 1231.  He loved the folks at the Post and enjoyed spending his time regaling stories with its members.

Patrick was born a true songbird, gifted by God with a beautiful voice.  He sang in the children's choir as a child, and as an adult was part of the St. John the Evangelist Choir, and the Festival Celebration Choir, along with others.  Music was very much part of his identity and it was a joy to hear him sing.

Patrick was predeceased by his loving wife of 66 years, Virginia A. (Polsinello) Vallee in June of this year. He was also predeceased by his in-laws, Angelo Polsinello and Mamie (Carpinello) Polsinello, and brother-in-law Louis Polsinello Sr., who, along with their extended families considered him as one of their own; the French/English "son" in a loving family of Italians.

A Funeral Mass for Patrick will be held at the Church of St. Mary at Clinton Heights at 163 Columbia Turnpike, Rensselaer, NY at 9:30 am on Friday, September 10th.  Interment will be at the Holy Sepulchre Cemetery in East Greenbush immediately following the Mass.  A tribute and celebration of life luncheon will then take place at noon, at the Melvin Roads VFW Post 1231, Columbia Turnpike, Rensselaer, NY.

To send flowers to the family or plant a tree in memory of Patrick Vallee, please visit Tribute Store
Friday
10
September