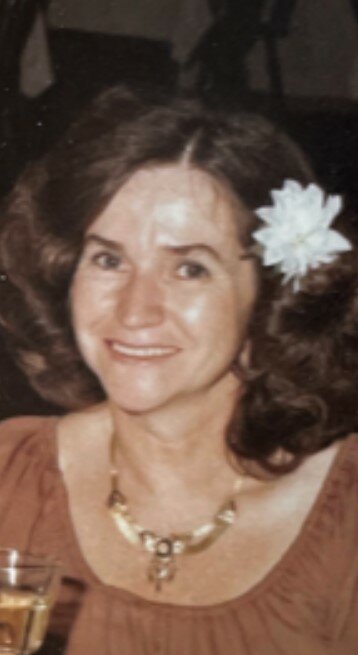 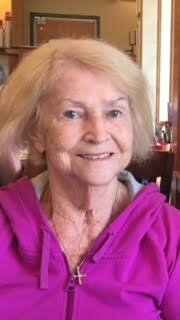 Please share a memory of Gloria to include in a keepsake book for family and friends.
View Tribute Book

Schodack- Gloria Culihan Suitto, 91 entered into eternal life at home on August 15, 2021 surrounded by family. Gloria is united in heaven with her husband Herbert , her son Thomas; daughter Alicia; granddaughter Sierra brother William (Sandy); brothers-in-law Edward Garrigan; Jack Suitto & sister in-law Kathleen Suitto. She was born in Jersey City, NJ to William Culihan & Alice Merworth Culihan. Gloria is survived by her children, Paul Suitto; Maryrose Kadell (David); Robert Suitto; Joseph Suitto (Sharon); David Suitto; Carolyn Suitto; Mark Suitto (Tina); Peter Suitto; Maureen Suitto (Bob Cunningham); Glory Mink (William); Bernadette Guerrier (Ludd). Also by her sister Joan Garrigan & brother Jerry Davenport, her sisters in law Theresa Culihan & Linda Culihan. Gloria leaves behind her 19 cherished grandchildren, 16 great grandchildren and 1 great-great grandchild. As well as nieces and nephews. Gloria graduated from the Vincentian Institute in 1948. Gloria then met the love of her life and best friend Herbert Suitto. Gloria and Herbert were married for 72 years until Herbert passed 3 months ago. They lived most of their lives between Schodack, NY and Nokomis, Fl. Gloria and Herbert had 13 children together who were the center of their universe. Gloria was not only a housewife in the regular sense she was a homemaker to 15, she was a wonderful cook. Large meals were made at home every night for the family.  She was a devoted Catholic bringing all 13 children to church every Sunday. A very involved parent, always at school events and volunteered as a Girl Scouts Leader's Aide.  Gloria had such a knowledge with newborns that the Bethlehem Central Home Economics class came to her home in 1967 to have her demonstrate safe baby bathing techniques using her 13th child.  Gloria belonged to The Five Or More Mothers Group and over the years she still kept in contact with the living members. She was an avid bowler throughout her life belonging to a league for "Thursday Night date night" to bowl with her husband and friends. After bowling they could be found dancing often in the bowling alley dance area. She traveled throughout Europe with her husband and the military wives. Gloria loved to sing even in her final days. Various times during her hospital stay, we would always find her in her room singing. She was a member of the Holy Spirit Church Choir. The most important part of Gloria's life was her family. She will be forever loved and cherished by all who knew her. Funeral mass will be celebrated for both Gloria and Herbert on Friday, August 27, 2021 at 10:00AM in the Church of the Holy Spirit, Columbia Turnpike, East Greenbush. All are welcome to attend.  Relatives and friends are invited and may call at the W.J. Lyons, Jr. Funeral Home 1700 Washington Avenue, Rensselaer, Thursday from 4-7PM.  Interment will be in Holy Sepulchre Cemetery, East Greenbush.

To send flowers to the family or plant a tree in memory of Gloria Suitto, please visit Tribute Store
Thursday
26
August