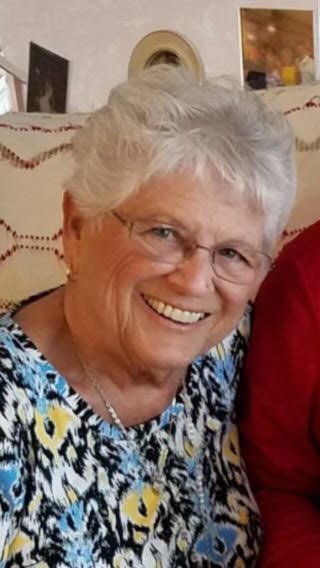 Please share a memory of Joan Ann to include in a keepsake book for family and friends.
View Tribute Book
Rensselaer- Joan Ann (Riley) Cook Barney passed away peacefully on July 25, 2021 at the age of 82 after a long illness. She was born in Albany to the late John J. and Loretta (Clough) Riley. Joan Ann graduated from Vincentian Institute in 1957 and went on to pursue work in various locations. She assisted as an aide in the St. John’s School, she worked for KeyBank, and she was a secretary in the office for the Mayor of the City of Rensselaer and later at Van Rensselaer Manor. Along with her hard work, Joan Ann was also a part of the community in various ways. She was a member of the Women’s Democrat Organization, Rensselaer Housing Authority, the Red Hat Society, the Rosary Altar Society, and the Mother’s Club both of St. John’s Church in Rensselaer. Joan Ann had a fondness for crocheting, playing bingo, spending time with her friends and family, and rooting for the Red Sox. She also very much enjoyed her time living in Florida. Joan Ann was the wife of the late Joseph P. Cook, Sr. and James T. Barney. She is survived by her children Joseph (Elizabeth) Cook Jr., Judith (Gary) Conlen, and Laurie (Tim) O’Hanlon; her stepchildren Maureen Yonkers (the late Thomas), Coleen (Frederick) Hiller, and Terrence (Tracy) Barney; grandchildren Cathleen (Mike), Chelsea (Duje), Tyler, Conor, MacKenzie, Frederick, Sean, and Shane; great grand-children Jackson, Jameson, and Ivana; siblings Loretta Goodwin (Will), and Patrick Riley (Paula); and the late John “Jack” Riley. Sister-in-law of Anna Riley, Barbara Cook, and Alfred Schermerhorn and the late William, Edward, Cornelius, and James Cook, and Kathleen Schermerhorn. Great grandmother of the late Landon. Also survived by many nieces and nephews. The Mass of Christian Burial will be offered in the Church of St. Mary at Clinton Heights, Columbia Turnpike, East Greenbush on Friday, July 30th at 10:00 AM. Relatives and friends are invited and may call Thursday, July 29th from 4:00-7:00 PM at the W.J. Lyons Jr. Funeral Home 1700 Washington Avenue, Rensselaer. Interment will be held in Holy Sepulchre Cemetery East Greenbush following the mass. Contributions in her memory may be made to the Epilepsy Foundation located at 3 Washington Sq Ste 3, Albany, NY 12205 and the Albany County Community Hospice located at 445 New Karner Rd, Albany, NY 12205.
To send flowers to the family or plant a tree in memory of Joan Ann Cook Barney, please visit Tribute Store
Thursday
29
July

Look inside to read what others have shared
Family and friends are coming together online to create a special keepsake. Every memory left on the online obituary will be automatically included in this book.
View Tribute Book
Share Your Memory of
Joan Ann
Upload Your Memory View All Memories
Be the first to upload a memory!
Share A Memory
Send Flowers
Plant a Tree