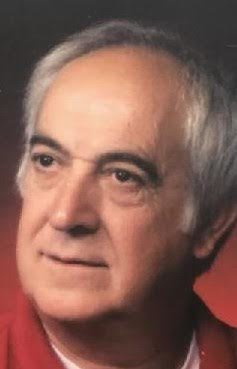 Please share a memory of Robert to include in a keepsake book for family and friends.
View Tribute Book
East Greenbush- Robert “Bob” T. Franze Sr., 82, of East Greenbush, NY, passed away on Good Friday, April 2, 2021. He was the son of the late Joseph Franze and Julia Thomas. He served in the United States Navy from 1955 – 1959, serving honorably on the USS Coral Sea, CV 43, and the USS Shangri-la, CV 38. Bob attended Van Rensselaer High School and Hudson Valley Community College and worked for many years at Sun Oil Co., Rensselaer and NuCar Carriers, Selkirk. Bob was an excellent mechanic who shared his knowledge with many friends and coworkers and he was a “jack of all trades.” There wasn’t anything he couldn’t take care of. Bob was also an excellent truck driver, who loved being on the road and never had an accident in over the millions of miles he drove. Above all, he loved his horses and won many ribbons and trophies at the many gymkhana and bush track races over the years. He and his beloved quarter horse, Bald Hobo, were a tough pair to beat. He was also an amazing husband and father. He suffered for many years with COPD but never let that get in the way of his upbeat personality, right to the end. He is survived by his wife of 57 years, Elizabeth Coxon Franze, and his three children, Robert T. Franze, Jr., East Greenbush, Susan E. Franze, Averill Park and Tammy Jones (Stan), Oklahoma, and his eight grandchildren and one great grandchild. Funeral services will be held Thursday, April 8 at 12 PM in the W.J. Lyons, Jr. Funeral Home, Inc., 1700 Washington Avenue, Rensselaer. Relatives and friends are invited and may call prior to the service on Thursday from 10AM- 12PM. Interment will be in Holy Sepulchre Cemetery, East Greenbush. Those who wish to view the service via Zoom are invited to join at 11:45AM at https://us02web.zoom.us/j/7984027328 Meeting ID 798 402 7328.
To send flowers to the family or plant a tree in memory of Robert Franze, Sr., please visit Tribute Store
Thursday
8
April

Look inside to read what others have shared
Family and friends are coming together online to create a special keepsake. Every memory left on the online obituary will be automatically included in this book.
View Tribute Book
Share Your Memory of
Robert
Upload Your Memory View All Memories
Be the first to upload a memory!
Share A Memory
Send Flowers
Plant a Tree