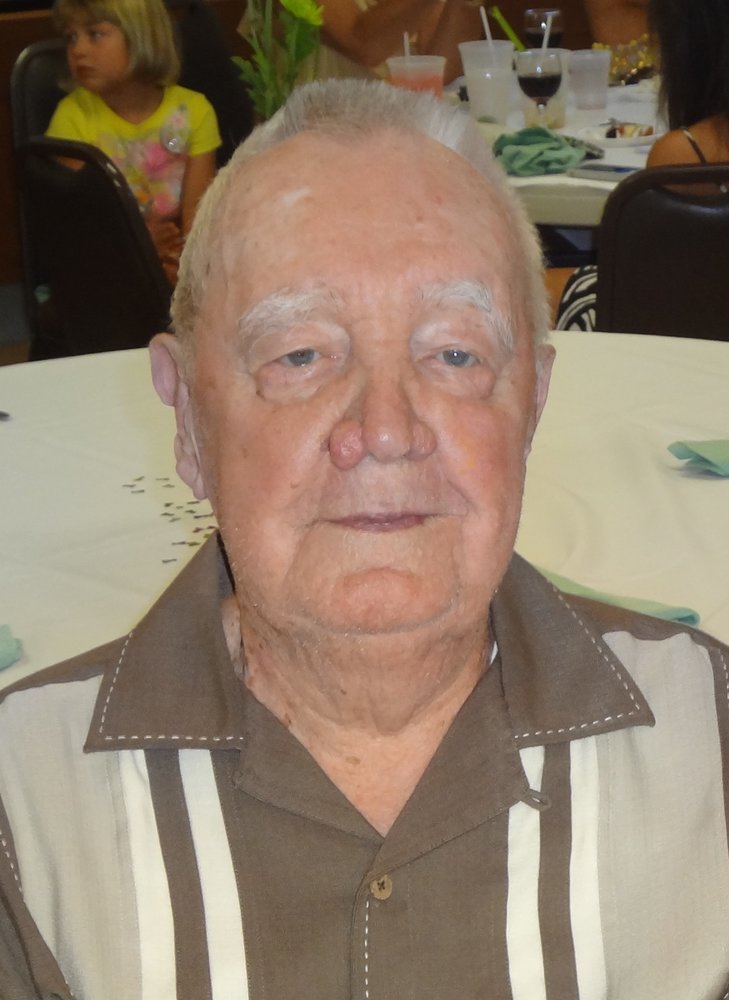 Albany - Edward James Mahan of Teresian House, Albany, husband of the late Jeanne Ann Mahan, passed away peacefully early Monday morning. Born in Springfield, MA, he was the son of the late Bartholomew Mahan and the late Mary Manning Mahan.

Ed came to Albany as a boy and lived here all his life. He graduated from Maywood School, Lincoln Junior High School, and Mont Pleasant High School. Ed was a proud Navy veteran. He served in the Pacific during World War II on the destroyer USS Dortch, earning six medals and ten battle stars. He was recalled by the Navy for the Korean War, during which he served as a radioman in Honolulu, Hawaii. In 1963 he married his best friend and the love of his life, Jeanne Carcia, with whom he shared a wonderful life until her sudden passing in 2012. Ed retired as a Supervising Adjuster from the Continental Insurance Company and as a General Adjuster from Charles R. Mead Associates. Ed loved to spend time and have a beer or a gin and tonic with his family and his many friends. He loved Yankees baseball and Notre Dame football, and he enjoyed a lifelong love/hate relationship with his beloved New York Giants.

Ed is survived by his children Frank Mahan (Debbie) of Cary, NC, Barbara Mahan (Donna) of Delmar, NY, Michael Mahan of Albany, NY and his step-son Ken Stahl (Lulu), who is the son of his dear departed friends Taeko and Walter Stahl. He is also survived by his five grandchildren Kristy Gibson (Kyle), Cameron Mahan, Zachary Mahan, Henry Stahl and Walter Stahl, his three great-grandchildren, Cooper Gibson, Mia Gibson and Owen Gibson, and his nieces and nephew. He was predeceased by his sister Marion Mahan Curtis.

A Funeral Mass for Ed will be celebrated on Friday, December 6, 2019 at 10am in the Parish of Mater Christi, 40 Hopewell St. Albany. Relatives and friends are invited to call at the W. J. Lyons Jr. Funeral Home, 1700 Washington Ave., Rensselaer, on Thursday, from 3 to 6pm. Interment will follow the Mass at 12:30pm in the Gerald BH Solomon Saratoga National Cemetery.

To send flowers to the family or plant a tree in memory of Edward Mahan, please visit Tribute Store
Thursday
5
December