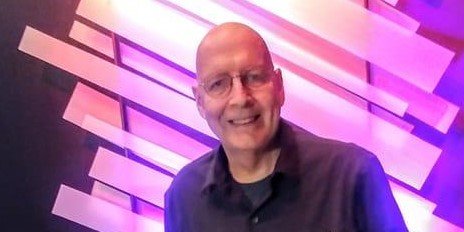 Loundonville- Joseph Munafo of Loudonville was called home to our Lord the morning of October 28, 2019 with his wife Donna and daughter Sarah by his side.

Born on June 11, 1954, Joe grew up in Loudonville, NY with parents Dorothy Munafo and Mario Munafo who both predeceased Joe.  He graduated from Sienna College in 1976 with a bachelor’s degree in Business Management.  He worked as a service advisor and rental car manager at Northway Toyota in Latham for decades.  He changed careers in his late 50’s, returning to his earlier vocation as an insurance broker.  He was employed at Bernardo-Goldstein & Quinn Agency, Inc. until his retirement in June of 2019.  He married Donna on September 27, 2008 and they resided in Loudonville, NY.

Joe was an easy-going guy who always had a smile on his face.  He had a strong faith in the Lord and always kept a positive attitude, even throughout his 4-year battle with small cell lung cancer.  He had a strong love for music, teaching himself how to play keyboards at a young age.   In the 70’s, he played organ, sang and wrote songs for the rock band, “Bad Apple”.  He dedicated his life to Christ in his late 30’s and played keyboards at Victorious Life Christian Church in Troy for over 15 years.  More recently, he was the keyboard player at One Church in Clifton Park.  He is most known for his musical influence in the music ministry, 4ever1 for the past 15 years.  His passionate “Joe Cocker” style voice has touched the lives of countless people.  Joe was a living testimony of God’s love to all who knew him.

He is survived by his wife Donna Hansen-Munafo of Loudonville, daughter Sarah (Munafo) Ploeser, son-in-law Phil Ploeser and his precious granddaughters Ally and Bella, all of Deltona, FL.   He is also survived by his sister Helen Munafo-Winchip and many newly found brothers and sisters including, Frank Fisher of Averill Park, NY, Darlene Lamos of Vermont, Sharon Eddy of West Hampton, MA, and countless others who were all recently found through a genealogy service.

Calling hours will be on Thursday, October 31, 2019 from 4-6 pm at House of Praise located at 1688 Route 9, Castleton-On-Hudson, NY 12033 with service to follow at 6 pm.  Pastor Brian Barker will officiate.  Donations can be made to the NYOH Community Cancer Foundation.   A private burial will be held Friday morning for family and close friends.