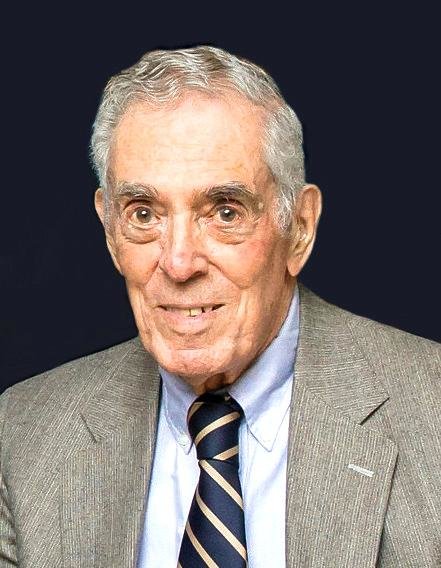 East Greenbush- Walter T. Leon Jr., age 94, died October 21, 2019, at Albany (N.Y.) Medical Center following a brief illness. Walter was born In New Rochelle, N.Y., to Walter T. Leon and Lucille Nye (née London). He graduated from New Rochelle High School in 1943 and then served in the U.S. Air Force from 1943 to 1946 as second lieutenant navigator and radar instructor on B29s. Following his military service, he attended Rensselaer Polytechnic Institute in Troy, N.Y., graduating in 1950 with a Bachelor of Science degree in management engineering.

Walter was the devoted husband of the late Marie Leon (née DuBois), whom he married in December 1949 at the Dutch Reformed Church in Claverack, N.Y. Walter and Marie lived in Emporium, Pa., and then Manlius, N.Y., where he worked for Carrier Corporation. In 1956, they moved to Pittsfield, Mass., where he was employed by General Electric Company as manager of quality control in the Power Transformer Division. After his 20-year career with GE, he was employed by General Systems Company as a systems engineer, retiring in 1988. Walter was also involved in many volunteer activities, including Recording for the Blind, small-business consulting with SCORE, and 15 years as a genealogy researcher at the National Archives in Pittsfield. He was an avid golfer and tennis player for many years at the Pittsfield Country Club, where he and Marie were members. He also enjoyed playing bridge, hiking, vacationing at Lake George, and other travel. He was a communicant of the First Congregational Church on Park Square in Pittsfield.

Walter is survived by his four children: Laura OBrien and her partner Timothy Bezler of Fairfield, Conn.; Linda Paul and her husband Trevor Paul of Chatham, N.Y.; Lesley Spinnicchia of Niskayuna, N.Y.; and Stephen Leon of Albany, N.Y. He is also survived by his grandchildren: Evan and Kylie Paul, Michael Spinnicchia, and Denis, Jackson, Harrison, and Farrell Leon; and by his great granddaughter Penelope Spinnicchia. He also leaves behind three nieces and a nephew. In addition to his parents and wife, Walter was predeceased by his sister, Constance Brameier, and son-in-law Robert Spinnicchia.

The Leon family wishes to thank Loudonville Assisted Living, caregiver Peter Scheerer, and Walter’s primary care doctor, Gaetano Cristalli, and his staff for their abiding concern and care for Walter in his final years. Arrangements are being made through W.J. Lyons Jr. Funeral Home in Rensselaer, N.Y. A private graveside service in Schuylerville, N.Y., will be held at a future date. In lieu of flowers, the family requests that contributions be made to the Population Connection, Planned Parenthood, or the Nature Conservancy.

To send flowers to the family of Walter Leon, Jr., please visit Tribute Store
Share Your Memory of
Walter
Upload Your Memory View All Memories
Be the first to upload a memory!
Share A Memory
Send Flowers