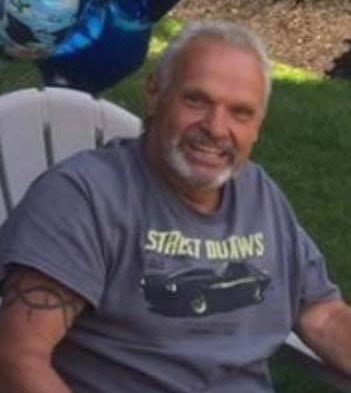 North Greenbush, NY - David J. Browe passed away suddenly doing what he loved to do, drag racing at Lebanon Valley on Saturday, October 5th, 2019. Born January 16, 1955, David was the son of the late Gerald Browe, Sr. and Evelyn Bryant Browe.

David's greatest joys in life start with his loving wife Janet, spending time with family, especially his children and grandchildren, his love for animals and his Street Racing family. David enjoyed vacationing in Maine and the many road trips in search of muscle cars. He truly can be described as a Muscle Car Enthusiast and was a member of the Drag Racing Club: 518 No Stipz Street Racing.

David always enjoyed a good party surrounded by all his family and friends. He could always put a smile on anyone's face with his jokes. David believed in working hard for things you want in life and instilled this in all of his children. He was the proud owner and operator of David Browe Paving, Inc.

The family wishes to thank the First Responders and Staff who cared for David at Lebanon Valley Speedway and Albany Medical Center Hospital.

A funeral service for David will be held on Friday, October 11, 2019 at 10am in the W. J. Lyons Jr. Funeral Home, 1700 Washington Ave., Rensselaer. Relatives and friends are invited to call at the funeral home on Thursday, from 4 to 7pm. Interment will follow the funeral service in Memory Gardens Cemetery, Colonie.

In lieu of flowers, the family wishes donations be made to Steve Caporizzo's Pet Connection, Hudson Mohawk Humane Society and Rottie Empire Rescue.

To send flowers to the family or plant a tree in memory of David Browe, please visit Tribute Store
Thursday
10
October