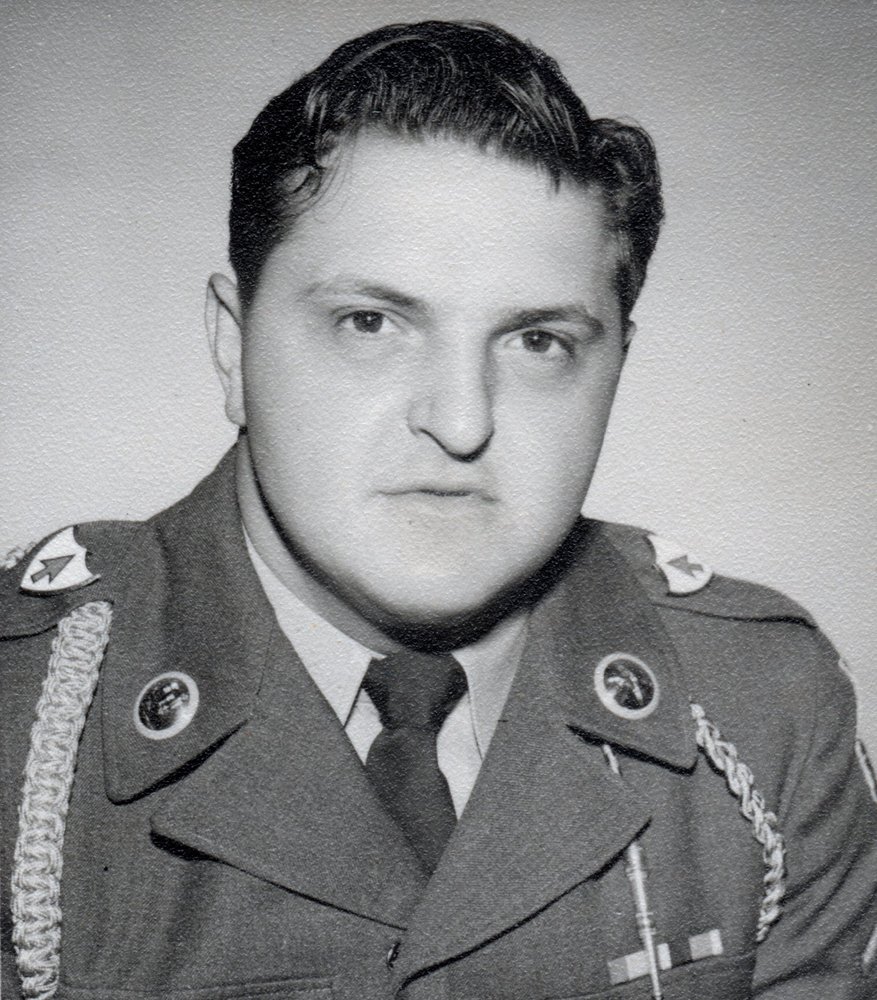 Rensselaer- Bernhardt “Bernie” J. DeGiule of Rensselaer died on Friday, September 6, 2019 at home surrounded by his loving family after a short illness.  Born in Rensselaer on June 6, 1934, he was the son of the late Angelo and Mary Bender DeGiule. Bernie attended Van Rensselaer High School. He proudly served in the United States Army from 1953 to 1955.  Bernie worked at Sterling Winthrop; ten years as a chemical operator and 29 years in the shop, where he was a pipefitter welder and did other various jobs, retiring after 39 years of dedicated service.   He was president for six years of Local 61, Chemical Worker’s Union.

In his younger years he enjoyed his camp at Schroon Lake, the pontoon boat and sitting by the fire. Bernie also enjoyed hunting and just being outdoors. Bernie was an honorary life member of United Local #267 of the Knights of Columbus, Rensselaer American Legion Post #1683 for 47 years, Fraternal Order of Eagles #4446 and life member of James Hill Hook- Ladder Co., Inc.

Funeral from the W.J. Lyons Jr. Funeral Home, 1700 Washington Avenue Rensselaer, Thursday at 9 AM and 10 AM at St. John the Evangelist and St. Joseph Church, Herrick Street, Rensselaer where the funeral Mass will be offered. Relatives and friends are invited and may call Wednesday at the funeral home from 4-7 PM. Interment will be in Holy Sepulchre Cemetery, East Greenbush. Contributions in his memory may be made to Community Hospice of Rensselaer County, 295 Valley View Blvd. Rensselaer, NY 12144.

Members of the James Hill Hook and Ladder Company are requested to meet at the funeral home at 6:00 PM to conduct services for our departed member

Members of the Gerald O'Neil American Legion Post #1683 are requeseted to meet at the funeral home at 6:15 PM to conduct services for our departed member

Members of the Fraternal Order of Eagles #4446 are requested to meet at the funeral home at 6:20 PM to conduct services for our departed member

Member of the Rensselaer K of C are requested to meet at the funeral home at 6:30 PM to conduct services for our departed member

To send flowers to the family or plant a tree in memory of Bernhardt DeGiule, please visit Tribute Store
Wednesday
11
September