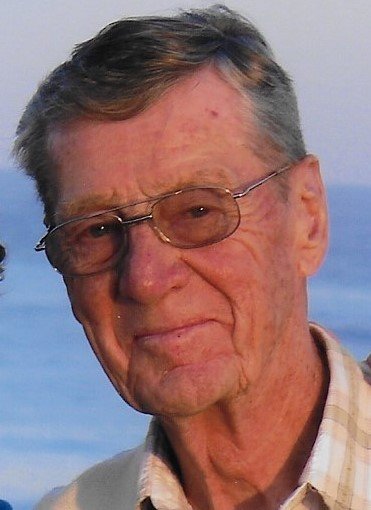 After graduation, he proudly served in the U.S. Army during World War II in the Pacific Theater, including Manila and New Guinea as staff sergeant/surgical technician attached to 120th General Hospital. After returning home from the war, Bud was the traffic manager at Sterling Winthrop in Rensselaer, retiring in 1990.

He learned to love Cape Cod starting as a young boy during vacations with his family and he continued that tradition with his own family, returning to the Cape every summer for the rest of his life. Bud also was a lifetime member of the Rensselaer Elks Lodge #2073, as well as a member of the Knights of Columbus and American Legion Melvin Roads Post.

Bud was a charter member of the Castleton Boat Club. Even though he never owned a boat, he still helped many other members with theirs. That led to more than couple of unexpected dunkings in the Hudson River.

In his heyday, he enjoyed helping the Goold family plant apple trees at the farm and   also lent a helping hand at the early apple festivals at the Castleton orchard.

He is survived by his wife of 68 years, Joyce (Airey) O’Donnell; his loving daughters, Carol (Brian) Nearing of Rensselaer and Barbara O’Donnell of Averill Park; his two sisters, Ann (late Richard) Ryan and Jean O’Donnell, both of Rensselaer; as well many nieces and nephews.

Bud was predeceased by his sister, Elinor (Jack) Connell, of Lebanon, Pa.

The family would like to thank the A3 staff of the Van Rensselaer Manor for the wonderful care given to Bud during his stay with them.

Funeral mass will be offered from St. John the Evangelist and St. Joseph Church, Herrick St. Rensselaer, Wednesday at 10:00 AM. All are welcome to attend. Relatives and friend are invited and may call on Tuesday June 4, from 4 to 7 pm at W.J. Lyons Jr. Funeral Home 1700 Washington Avenue Rensselaer. Interment will be in Memory Gardens, Colonie.

In lieu of flowers, memorial contributions may be made to Mohawk Hudson Humane Society 3 Oakland Avenue Menands, NY 12204.