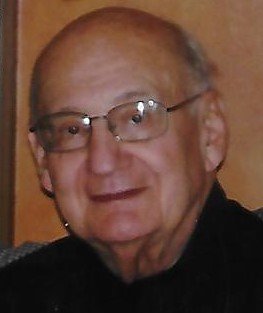 Rensselaer-Joseph Robert “Bob” Eckert, passed away peacefully on Tuesday, October 30, at Van Rensselaer Manor, surrounded by his family. Bob is predeceased by his parents Joseph and Else Eckert and a beloved granddaughter Meghan MacKrell.

Bob is survived by his loving wife of 44 years, Nin Eckert, as well as his son Robert Eckert (Jody), his daughter Lynn Laya (Phil), his stepsons Martin Barrington (Mary Devine), Patrick Barrington, and stepdaughter Maria Barrington (Chris Hummel).  He is also survived by his brother William Eckert (Diane) and their daughter Lauren.

Bob was born on November 28, 1929 in Buffalo, NY.  After graduating from Van Rensselaer High School, and serving in the US Army, Bob started his career in the car sales business, where he found his calling. During his years working at Yager Pontiac, Fassett Yager Pontiac and Arrow Pontiac, Bob became known for his loyalty to customers and his excellent service.  His nickname in the capital district was “Mr. Pontiac”. Bob was a master car salesman and manager, who had generations of customers that became very loyal to him.

Bob loved to cook and was known for his German specialties.  He loved and enjoyed people thoroughly and the family will always remember the Christmas Eve gatherings every year where the entire family came together and felt free to bring anyone who didn’t have a place to go at the holiday. Bob and Nin traveled together extensively throughout the world, sometimes with friends, but often just on an adventure together.

Bob was very involved in the Van Rensselaer Alumni Association, where he was inducted into the Hall of Fame in 2013.

We will miss Bob’s love of life, his generous heart, his singing of funny songs, and his compassion toward those who needed help.

Calling hours to be held at W.J. Lyons Jr. Funeral Home on Friday, November 2nd from 5-7 pm.  Funeral mass will be held Saturday, at St. John’s the Evangelist Church, Herrick Street, Rensselaer NY, at 10:00 am. Interment will be in Holy Sepulchre Cemetery, East Greenbush. In lieu of flowers, contributions may be to the Donna M. Crandall Foundation for Cystic Fibrosis, 50 Traditional Lane Loudonville, NY 12211

To send flowers to the family or plant a tree in memory of Joseph Eckert, please visit Tribute Store
Friday
2
November