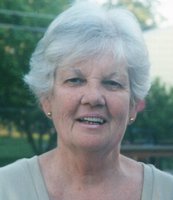 Rensselaer - Mary Elizabeth (Roberts) Reilly, 82, died peacefully on Wednesday, March 25, 2020 at Van Rensselaer Manor after a long battle with Alzheimer’s Disease. Mary was born in Albany, New York on August 6, 1937 to her cherished mother, Savina A. (Lennon) Roberts. Her father was Charles Roberts. She graduated from Vincentian Institute in 1956. After graduation, she went to work for The National Commercial Bank and Trust Company where she met her future husband, Richard F. Reilly. The two were married on April 11, 1959. They built their home and raised their family in Rensselaer, New York. Mary was an active member of St. Joseph’s Parish in Rensselaer, serving as President of the Altar Rosary Society. She volunteered countless hours to benefit St. Joseph’s Elementary School, where her children attended. She was also a member of the Women’s Democratic Club. She had a lovely talent for hosting beautiful holiday celebrations and Sunday gatherings. She enjoyed gardening, crocheting, swimming, family vacations to the beach, and getting together for breakfast with her dear friend, Mary Tobin. Her most enjoyment came from giving unending support for her children’s and grandchildren’s milestones and successes. Her love and attention for her family was foremost. Mary was predeceased by her husband of 59 years, Richard, daughter Patrice, and granddaughter Shannon. She is survived by her six children, Kevin (Philomena) of East Greenbush, Mary of Rensselaer, Joanne Walsh (Peter) of Colorado Springs, CO, Richard Jr. (Maureen) of Schodack, Christine Regels (Neal) of Delmar, and Kathleen Brust (James) of Altamont; 14 grandchildren, Kristy Connor (Aaron), Erin Phillips (Michael), Brendan Reilly, Elizabeth, Kathleen, Peter Jr., John, Caroline, and Megan Walsh, Stephen Reilly, Bridget and Patrick Regels, and Anna and Matthew Brust; and three great grandchildren, Elena and Lily Connor, and Emersyn Phillips. She is also survived by her sister, Joan Sheldon (Bruce), sister-in-law, Anne Reilly, and many nieces and nephews. We wish to thank the dedicated staff of Unit C-2 of Van Rensselaer Manor for the excellent care given to our mother for over the past six years. Due to COVID-19 restrictions, services will be private. A memorial mass will be celebrated at a later date. In lieu of flowers, if so desired, memorial contributions may be made to the Alzheimer’s Association of Northeastern New York, 4 Pine West Plaza, Suite 405, Albany, NY 12205.