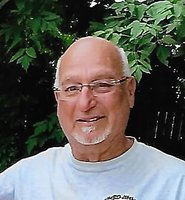 East Greenbush- James J. Connell, Jr. age 67 passed away Tuesday, July 23, 2019 at St. Peter’s Hospital in Albany surrounded by his loving family.  Jim was born in Albany and was a lifelong resident of East Greenbush.  He graduated with a Regents Diploma from Columbia High School followed by SUNY at Morrisville earning a diploma in journalism and photography, which was an accomplishment that he was justifiably proud of.  Journalism meant the world to him, as was the art of photography. Jim was a 25-year veteran, serving in both the Marine Corps and the NYS Army National Guard retiring as a Staff Sergeant in 2001.  He was a proud historian and author of “A Lonely Battle Stance” regarding the Civil War. He was a member of the 125th C Company, often participating in reenactments. Jim was an avid NY Yankees fan, enjoying many games with his family.  A day at the ball park will never be the same without him.  He also loved gardening, his koi fish pond, was a classic car enthusiast and was an eclectic artist. Devoted husband of 45 years to Gail E. Harwood Connell.  Beloved father of James IV (Felicia), Christopher (Shannon), Dena (Ian) and Michelle (Patrick). Grandfather of Karlina, Cheyenne, Damian, Savannah, Breanna, Angelina, Alyssa, Kiley, Olivia, Logan, Abby and Casey. Brother of Deborah, Jean and Michael. Also survived by numerous nieces and nephews. Funeral with military honors bestowed from the W.J. Lyons Jr. Funeral Home 1700 Washington Avenue Rensselaer, Thursday evening at 7PM. Relatives and friends may call at the funeral home prior to the service from 4-7 PM.  Contributions in his memory may be made to Down Syndrome Aim High 22 Corporate Woods Blvd. Building 5 Albany. NY 12211.